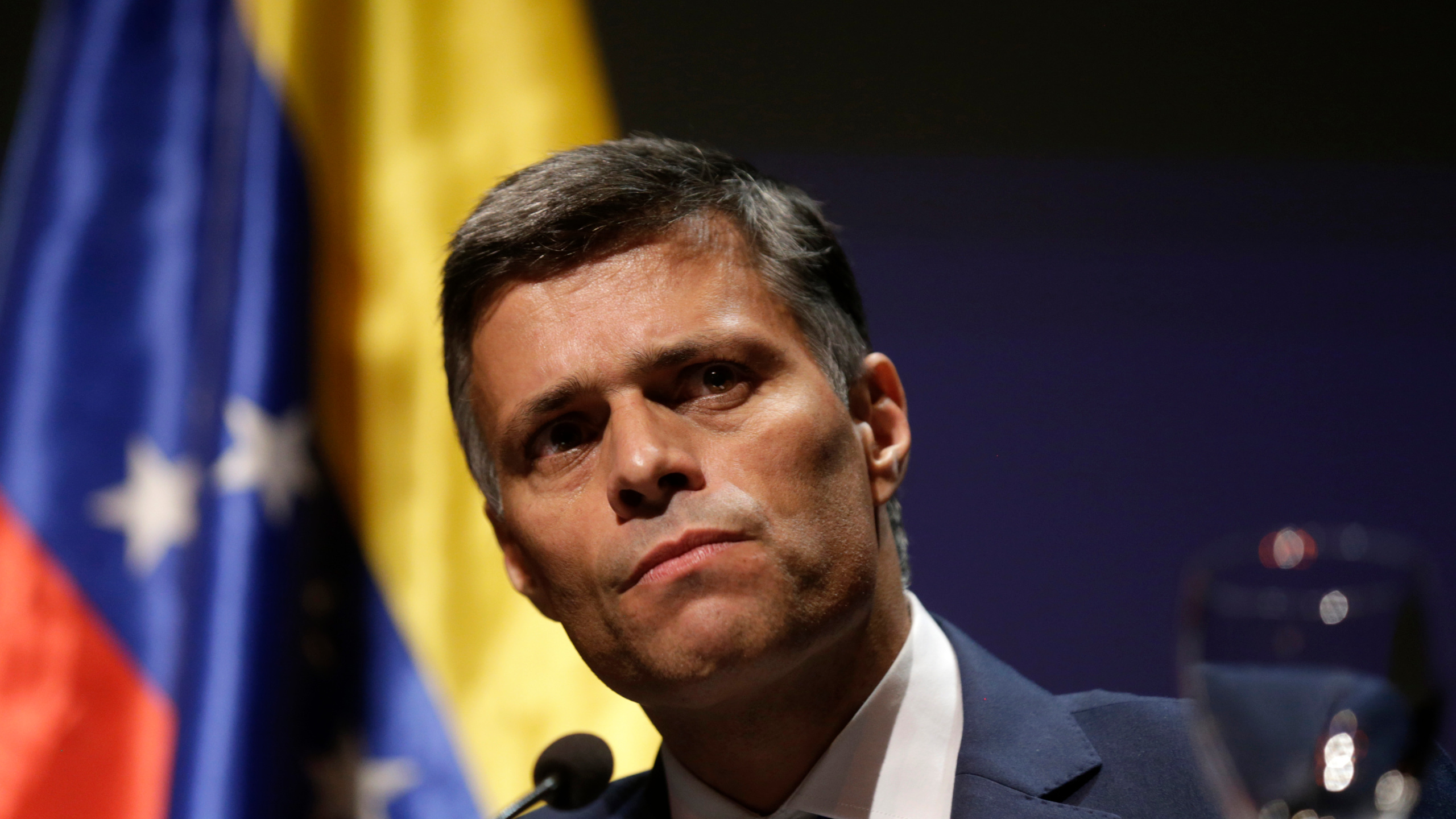 Press Release | Leopoldo López challenges Maduro: “Let’s go together to any International Court to see who gets jailed”.

Press Leopoldo López (Madrid, 17.02.21). – The political leader, Leopoldo López, challenged Nicolás Maduro to go “together to any International Court to see who gets jailed”, as a response to the accusations made this Wednesday by the dictator who once again accused Spain of “protecting a terrorist”.

In a press conference, the dictator assured that: “The evidence against Leopoldo López is abundant, (but) the Government of Spain turns a deaf ear, plays blind, plays silent”. He also insisted that “Leopoldo López is a fugitive from Justice, tried for horrendous crimes that have been committed in Venezuela”.

López replied directly to Nicolás Maduro: “Maduro, the one who has murdered thousands of Venezuelans with a repressive dictatorship, starving and executing crimes against humanity, is you. Here, the only one who has been pointed out by the UN, the OAS and even by the ICC as a violator of human rights is you. The corrupt and narco, it is you”.

Faced with the repeated and unfounded accusations of the dictator, López challenged him to go “together to any International Tribunal to see who gets jailed”, since, as is already known at the national and international level, it is the representatives of the regime who have been accused of committing crimes against humanity, as reflected in the report of the United Nations mission on the human rights situation in Venezuela, published last September, where Nicolás Maduro, Vladimir Padrino (Minister of Defense of Venezuela) and Néstor Reverol (Minister of Interior and Justice) are expressly accused of committing crimes against humanity. This report was also supported by different governments and international organizations, as was the case of the Organization of American States (OAS), through a communiqué after the publication of the report:

“The report urges the Venezuelan regime to account for flagrant and systematic violations of human rights, which qualify as crimes against humanity. This is based on evidence gathered by the mission verifying that the highest State authorities exercised control over the perpetrators of these violations, and that Nicolás Maduro and the Ministers of the Interior and Defense had knowledge of the crimes, having given orders, coordinated activities and supported actions by which these crimes were committed. The violations found include: extrajudicial executions, forced disappearances, politically motivated detentions and torture, violence against demonstrators, and the complicity of a judiciary reluctant to investigate the facts in a substantive manner. All this suggests a pattern of widespread and systematic actions of repression and violation of human rights as State policies that constitute crimes against humanity. It concludes by recommending that the International Criminal Court consider the possibility of taking legal action against those responsible”.