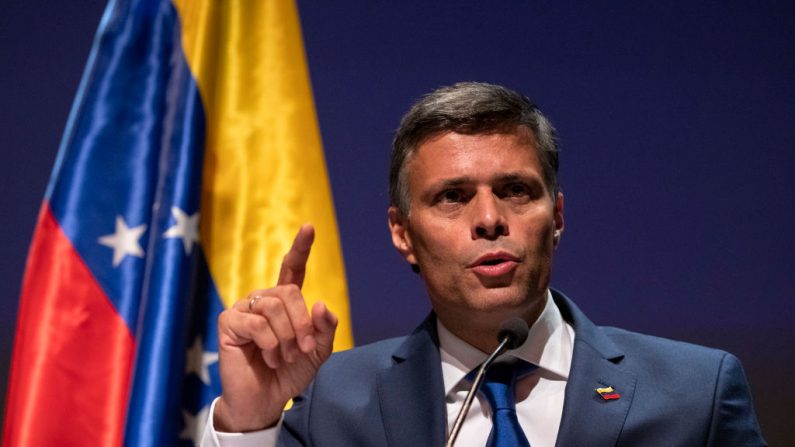 Among the 19 new sanctions are those who order and execute daily Human Rights violations in Venezuela, such as the deputy of the illegitimate National Assembly, José Brito; the governor of the state of Zulia, Omar Prieto; Commander Remigio Ceballos; Deputy José Bernabé Gutiérrez or the illegitimate TSJ Magistrate Luis Fernando Damiani, among others.

Through his account in the social network Twitter, López reiterated the importance that these sanctions include members of the regime’s security forces: “Today, the directors of the FAES, the CICPC and one of the DGCIM, Maduro’s murderous bodies; those who commit daily atrocities, those responsible for extrajudicial executions, torture, human rights violations, are included in the sanctions, as well as the director of CEOFAN”, he said.

In addition, López recalled that “these extermination corps of the dictatorship have already been pointed out in the report of the UN Fact-Finding Mission as responsible for 69% of the murders committed in the documented years”.

Members of the different branches of the State, who have been responsible for electoral frauds and the gradual destruction of the institutionality in Venezuela, have also been sanctioned, for which reason López also thanked the EU for including them in these new sanctions. “These EU sanctions ratify that Maduro and his CNE only organize frauds to perpetuate themselves in power”, assured López.

“What has happened today is one more step towards the road to free, fair and verifiable presidential and parliamentary elections that generate the political change in Venezuela, so necessary to end the humanitarian crisis suffered daily by Venezuelans inside and outside the country. This ratifies what we have been saying, in order to have truly free, fair and verifiable elections in Venezuela; in order to have a valid and transparent process, those who are currently sanctioned cannot participate”, expressed the political leader.

Finally, Lopez reiterated the importance of the International Community to remain united around the same objective. “To confront the cruel and murderous dictatorship in Venezuela, international support is fundamental. We will continue denouncing every collaborator of Maduro’s atrocities, every person who helps him and that is why we will continue requesting individual sanctions for whoever supports Maduro and his repressive organs,” he concluded.

Here the thread of tweets: