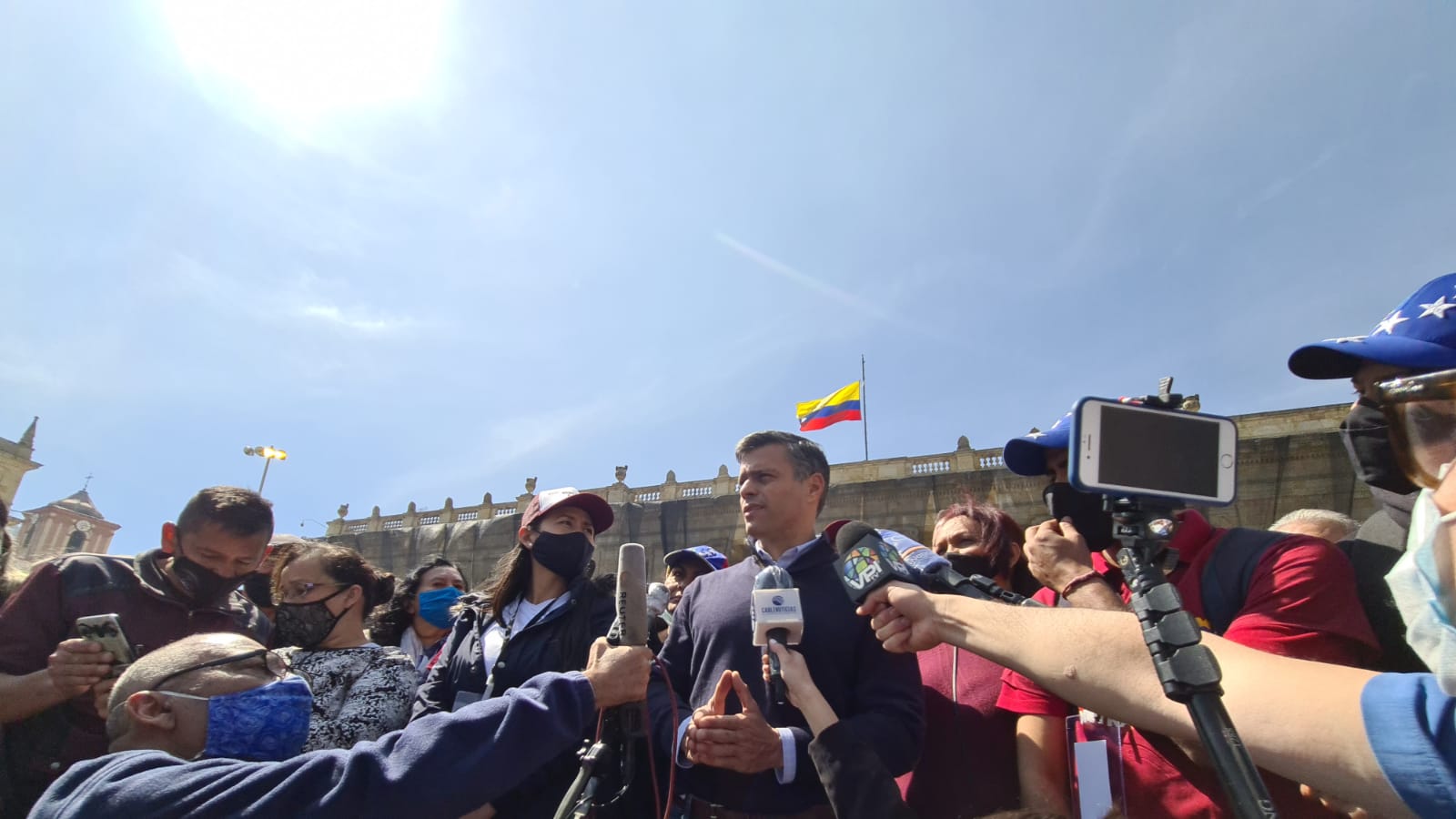 “It was an intense and productive visit.”

Leopoldo López Press – (Bogotá 18.12.2020) Leopoldo López, political leader and Presidential Commissioner of President Juan Guaidó’s Government Center, did a balance of the productive work agenda he has held during his visit to Colombia.

López thanked the Colombian people for their solidarity and affection while making a list of the meetings, gatherings, and actions he has held and achieved during the past several days as part of the fight for Venezuela’s freedom.

López met with President Iván Duque in several opportunities. During these meetings, he thanked the role that Colombia and its people have played supporting and backing the Venezuelan people in their struggle against Nicolás Maduro’s dictatorship. Likewise, he recognized the Colombian president determination, who, since his time in the Senate, denounced the Venezuelan dictatorship internationally for its crimes against humanity.

Furthermore, López met with Vice President Marta Lucía Ramírez and Defense Minister Carlos Holmes Trujillo, with whom he discussed issues of interest to the Colombian and Venezuelan people. In all his meetings with representatives of the Colombian government, it was common to see a commitment to increase as much as possible the national and international pressure against the dictatorship to achieve freedom.

In his agenda in Colombia, contact with the Venezuelan diaspora held a considerable space. López visited Cúcuta, the Colombian city through which most Venezuelan migrants enter that country. There, he accompanied and listened to thousands of Venezuelans who, like him, were forced to leave their country because of the dictatorship. Similarly, López met with activists from democratic political parties in Venezuela who, due to the dictatorship persecutions, reside in Bogotá. He told them that it was necessary to keep fighting to achieve a common dream: to return to Venezuela and rebuild our country.

Accompanying thousands of Venezuelans, and near Venezuela, López participated in the Popular Consultation promoted by President Juan Guaidó. This action, supported by all the democratic political parties of Venezuela, was done alongside Tomás Guanipa, Ambassador of the Bolivarian Republic of Venezuela in the Republic of Colombia.

Another important item on López’s agenda in Colombia was his meeting with Álvaro Uribe Vélez, former president. Regarding the encounter, López said that they have committed to working together to put an end as soon as possible to the suffering of the Venezuelan people. Lopez indicated, that this will only be possible by ending the dictatorship.

On his last day, Lopez met with the mayor of the city of Bogota, Claudia Lopez. With her, in a cordial and respectful atmosphere, he posed the need to advance concretely in a policy of integration of the Venezuelan migrant population in Colombia and specifically in Bogotá. The mayor committed herself to work for the integration of Venezuelan migration with respect and solidarity.